Something imperceptible, mostly invisible, will be changing locally on 1 March 2015  but it’s a change that has a very visible long-term aim in mind.

Following a period of consultation with the PCCs of several local parishes, at the Bishop of Rochester’s instruction our local ecclesiastical parish boundaries are changing on 1 March.

With the growth and development of Kings Hill, parish boundaries have become an issue in the last decade or so and this change is the first of two potential phases to help fix a number of anomalies, and to give Kings Hill and the local parishes a better set-up for the future.

The changes really fall into two categories. Firstly, the parish boundary between Mereworth and West Malling has been redrawn. The boundary will now run down Gibson Drive at Kings Hill as far as the silver ball roundabout and then hang a right onto Forest Avenue and then left onto Discovery Drive. It will then peel right down a tree line and out to the golf course.

These changes are really just a tidying-up exercise but one that is very necessary because it adjusts several residences where the previous boundary ran down the middle of the house or flats.

On one occasion, Rev David had to stand on a roundabout with a young engaged couple who needed their Banns of Marriage called and say ‘well, do you live on this side of the flats or that side’. That’s not a suitable way to carry on and the boundary needed addressing for some of those key legal purposes that crop up from time-to-time in parish life.

While this raises the population of West Malling parish by some measure, it is hoped that this will be a temporary change. You may have read elsewhere about the plans for a new church building on Kings Hill for the people of Kings Hill. With a church building in place, it should be possible for Kings Hill to become an ecclesiastical parish in its own right (something that can’t happen without a building in situ). When that building is ready, this change now means only one boundary would need to be redrawn at that point – a simple line around Kings Hill that slices the community out of West Malling and Mereworth parishes into a parish of its own.

Click on the image of the map to see a large version where you can check all the changes for yourself. 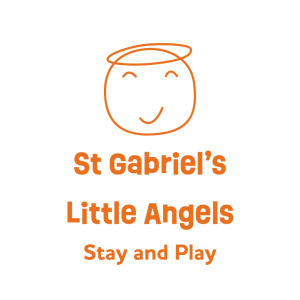 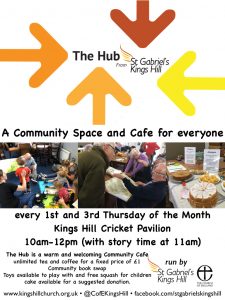 A community Cafe open to anyone with a selection of hot drinks, cakes, newspapers, and toys and story time for little ones.