Following the recent advert and interview process, we are very pleased to announce this morning that the Revd Mark Montgomery has been appointed as the new priest to live on Kings Hill and to join David Green and Pat Dickin as clergy in the ministry to Kings Hill and within the local Cluster of the two benefices of West Malling with Offham, and Mereworth with West Peckham. Mark will be licensed by the Bishop as Missioner for Kings Hill, and as Associate Priest in the benefices of Mereworth with West Peckham and West Malling with Offham.

The date on which the Bishop will license Mark to start his duties has still to be finalised, but it is expected to be in the early autumn.

Mark currently holds a Bishop’s Licence as Youth Officer for the Diocese of Chester and, for the last 18 months, has worked as a self-supporting Pioneer Minister at St Paul’s with St Luke’s, Tranmere assisting the church in reaching out to families and young people. Mark was ordained in 2010 and served his title at St Mary’s Upton, Overchurch. Prior to that, Mark worked across various parishes and dioceses in the Church of England as a full-time youth minister and volunteer for 18 years. He continues to be a Professional Practice Tutor with the Institute for Children, Youth and Mission (CYM).

Mark is married to Kirsty and they have a daughter, Isabella. They moved from Kent to the North-West twelve years ago and are really excited to be coming back to Kent to serve in Kings Hill, Mereworth, West Malling, Offham and West Peckham. Mark is also looking forward to working alongside two great colleagues in David and Pat, across a variety of churches and they look forward to meeting everyone soon.

We wish Mark and Kirsty and Isabella well as they prepare for their move and we much look forward to their arrival here in this Diocese and in our local communities. 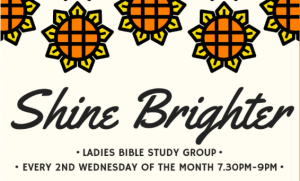 During the Week you can find us at:
The Vicarage
19 Worcester Avenue
Kings Hill, Kent
01732 844194
Sunday's
10am: 1st Sunday - Holy Communion*
10am: 2nd Sunday - Service of the Word*
4pm: Messy Church
10am: 3rd Sunday - Parade with exploring faith activities
10am: 4th Sunday - Holy Communion*
4pm: Worship, Praise and Prayer
10:am 5th - Something Different*
*Children's groups run during these services